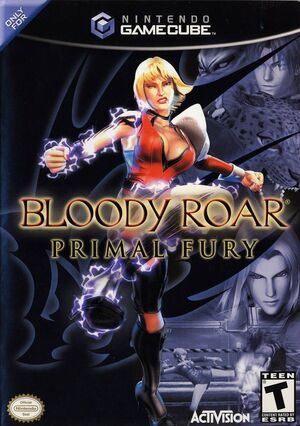 Bloody Roar: Primal Fury, also known as Bloody Roar: Extreme in Japan, is a fighting video game developed by Eighting in 2002. It is a side story set between Bloody Roar 3 and 4. It features a new artistic direction, in particular in the design of the fighters.

Bloody Roar: Primal Fury, also known as Bloody Roar: Extreme (ブラッディロア エクストリーム) in Japan, is a fighting video game developed by Eighting in 2002. It is a side story set between Bloody Roar 3 and 4.

It features a new artistic direction, in particular in the design of the fighters which done away the urban style from previous installments for modern and sporty looks.

"During the Age of Feuding between humans and Zoanthropes, a new kingdom was born.

Founded upon and dream of peace and equality, for both, the new land attracted scores of Zoanthropes from far and wide. However, the kingdom was young, and heavily relied upon its Zoanthrope army for security and on its special brigade of Zoanthrope mercenaries for income. Even more troublesome for the infant nation were rumors of cruel experiments being carried out on Zoanthropes to uncover the secret behind their ability to transform into fighting beasts. Though nearly everyone, both Zoanthrope and human alike, strongly opposed these experiments, no one could prove that they were actually taking place, much less who was responsible for them.

In an effort to bring the nation together and show off the power of their Zoanthrope army and mercenary brigade, the kingdom decided to sponsor the ultimate Zoanthrope fighting tournament. The winner would not only earn the title "Zoanthrope Champion," but also take home a handsome cash prize. If only the participants knew what was really awaiting them..." 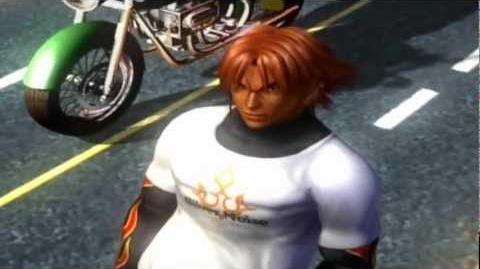 Because of the ongoing tension between humans and Zoanthropes, the W.O.C. once a small volunteer group has now grown into a commercial enterprise. Unfortunately, this is not enough to make the Zoanthropes feel safe among humans, this is why lot of them around the world get reunited to create their own kingdom, the Zoanthrope Kingdom. As a nation of its own, the kingdom is looking to protect its population but also working with the rest of humanity to create a place of peace and equality between humans and Zoanthropes.

On the eve of a new treaty between the Zoanthrope Kingdom and the United Nations to assure a military security to the kingdom, an army where Gado would be in charge of, the chief of the kingdom, King Orion, decides to launch the first Zoanthrope fighting tournament. The tournament cash prize gets the attention of a lot of Zoanthropes around the world especially the members but they don't expect the participation of a powerful Zoanthrope, Cronos, King's Orion son.

Not all the participants are here for the money, some of them hope to investigate about potential shady businesses in the kingdom as the hiring of mercenaries and secret and cruel experiments on Zoanthropes. Among them there is Jenny, contracted to find the research facility, and Gado himself decided to make it "his last operation" before retiring from being a mercenary.

This experiments and the facility research appear to be real and leaded by King Orion himself. At the end, not much it's known about them despite King Orion believes that they are necessary for his people, and the Prince Cronos, subject of this experiments, has eventually lost his control in the past, burning villages because of it. The tournament itself was a ploy to divert the attention to the King's research.

The tournament over, the peace conference is taking place and the treaty is signed by King Orion and Gado. They don't see, behind one of the pillars, a man evilly smiles before sneaking away.

Bloody Roar: Primal Fury includes most of the gameplay of its predecessor, Bloody Roar 3, as the Beast Form and their Beast Drives are still at the center of the fighting system as well as the previous six-buttons commands: Punch, Kick, Throw, Beast Transformation, Side-step with the addition of a seventh command: Hyper Beast Transformation.

Compared to the last entry, the combos of Bloody Roar: Primal Fury were changed slightly to remove the necessity of pressing two buttons at once.

The arenas are also much more interactive, with multiple fighting rings and walls that can break at any time during a match.

One of the most notorious new abilities is to morph into Hyper Beast Form at any time but with the cost of losing health if your Beast Gauge is not full.

With the game director Kenji Fukuya as its charge, the development of Primal Fury began shortly after Bloody Roar 3, in 2001. They were a team of 20 programmers and 3D artists. In an interview following the launch of Bloody Roar 3[1], Fukuya announced they will go further with the Hyper Beast Form mechanics in the next installment. He also shared his desire to use Bloody Roar 3 as a foundation for the sequel giving, admitting that some ideas that were scrapped for various reasons had now the opportunity to be completed.

The company chose the GameCube, for their first entry of the series on a Nintendo game console because the hardware itself praising the advanced lighting abilities, complex shading schemes, and pure graphics.[2]

Hoping to make the most visually beautiful entry to date, all 14 characters from Bloody Roar 3 have been completely re-modeled with some arenas from the same game.

In the process of adapting the series to a new console, the combo system was simplified slightly to remove any cases where the player would have to press two buttons at once. A system for handling sloppy input was also incorporated to make the game more playable with the analog stick.

In 2003, Eighting/Hudson ports Bloody Roar: Primal Fury on Xbox, with adjustments : Updated graphic engine, CGI opening and ending and a new character for the Western market : Fang the Wolf.

In this Version, Cronos and Ganesha are accessible since the very beginning of the game.

Some light gameplay changes have been made especially toward the side-step system that can't be used as an evasive move anymore in the Extreme version (Xbox Port and Japanese version of the Gamecube game).

There are also some glitches present in Primal Fury that were fixed in Extreme. For example, if Yugo uses his counter move with really low health and he gets attacked, he will get KO'd but he still will counter-punch the other player, and will KO the other player if it also has really low health, but this doesn't happen in Extreme, with Yugo only getting KO'd and he won't counter-punch.

Bloody Roar : Primal Fury received the most positive reviews for the series from the critics. On Metacritic, Primal Fury holds a rating of 75%, based on 27 reviews [3].

Matt Casamissa from IGN [10] wrote that Primal Fury is " a lot of fun to play -- tight control mixed with a fair amount of moves and combos (but not enough), and then the strategic element of beast transformations, proves very addictive." He congratulated the visual updates but, like he said : "still not on the level of Soul Calibur 2 or Dead or Alive 3." He also specifies that compared to all the fighting games ever released on Nintendo 64 is a superior entry and a good start for the Nintendo GameCube.

The Xbox port, Extreme, was less well-welcomed with a rating of 61% based on 22 reviews on Metacritic [4]. Despite being "easily the best version of the game yet", as told by Justin Thompson from IGN [11], with its "extra character over the GameCube version, improved graphics and the addition of CG endings for each of the characters", the game suffers of the comparison with other fighting games available on Xbox.

On April 27th, 2002, few days after its release in Japan. A tornament called Shibuya Beast Battle was organized where the participants would receive limited Bloody Roar goods. Kenji Fukuya, director of the Bloody Roar series, was present and even participated to the exhibition matches. 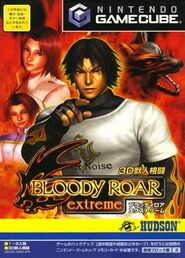 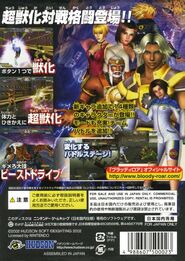 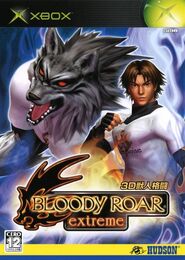 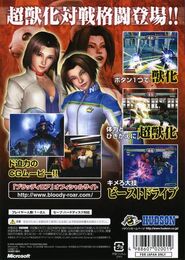 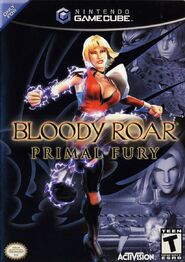 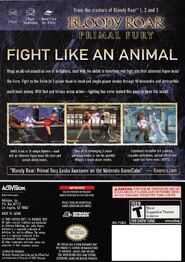 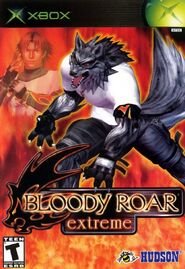 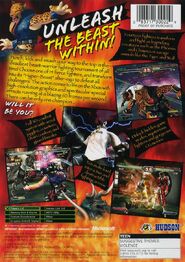 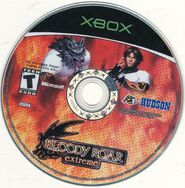 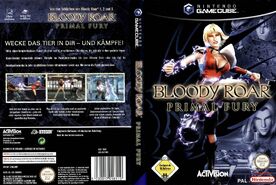 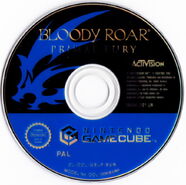 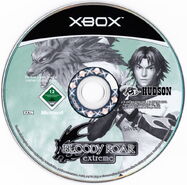