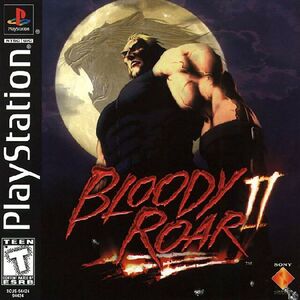 Bloody Roar 2, is a vs fighting video game developed by Eighting/Raizing in 1999.

"It's the dawning of a new breed"
— Official tagline

Bloody Roar 2, also known as Bloody Roar 2: Bringer of the New Age in Japan and Europe and Bloody Roar II: The New Breed in the United States, is a vs fighting video game developed by Eighting/Raizing in 1999. It is the second entry in the Bloody Roar series.

"Zoanthropes... Beings possessed of animal strength and human intellect. Their existence has been the stuff of legend since the dawn of human history. As technology advances, genetic scientists gain the ability to awaken the beast-like powers that lie dormant in human genes. The giant multinational Tylon corporation secretly plots to reap huge profits by exploiting these superhuman abilities. Opposing Tylon is a group of renegade zoanthropes fighting for the dignity of their kind. This fierce struggle shocks the world.

Although they succeed in thwarting the evil plans of Tylon, the zoanthropes unwittingly withdraw worldwide attention to their existence and their amazing abilities. Fear and envy among ordinary humans soon lead to prejudice and oppression against zoanthropes. Thus persecuted, the zoanthropes look for hope in a newly formed underground organization: The Zoanthrope Liberation Frontor ZLF. ZLF followers, claiming to fight for zoanthrope rights, use their exceptional combat skills as zoanthropes to overwhelm the forces of the human world. However... The world learns too late that the ZLF is actually a terrorist organization convinced of zoanthrhope superiority and advocating global rule by zoanthropes. Indiscriminate violence claims the lives of many innocent people. The ZLF even targets its supposed brethren, punishing or abducting zoanthropes who refuse to collaborate. As the rift between human and zoanthrope widens, total chaos and destruction seem inevitable. Now, more than ever, the world needs new leaders to bridge the gap, heal the wounds, and create a new era of peace."

Five years have passed since the collapse of the Tylon Corporation. The Zoanthropes' mutiny in the original Bloody Roar destroyed the powerful multi-national organization. But the Zoanthropes' inhuman dealings with their victims caused worldwide revolt. The Zoanthropes rightfully earned their name as "enemies of the human race".

Hostilities between humans and Zoanthropes exploded. Reports of Zoanthrope hunts and their toll in human life flooded the news. Reacting to the bloodshed, a group emerged that supported the Zoanthropes. They called themselves the "Zoanthrope Liberation Front " (ZLF) and declared war on the hunters. But the Front's terrorist tactics raised suspicion. Rumors began leaking out that the Front secretly kidnapped Zoanthropes and held them hostage.

Shina, a leopard zoanthropes and Gado's adopted daughter, persuades herself that her foster father is the ZLF leader, or the "Alpha", behind this conspirator. They finally understand the true ZLF leader is Shenlong, Long's clone created by the mad scientist Busuzima. After multiple fights and a Long intervention, Shenlong discovers his true nature and dissolves the Zoanthrope Liberation Front before he dismembers himself.

Now that Zoanthropes need help more than ever, Yugo, along with Kenji and Alice, sets out as the new leader of a group that sets out to pave their way to a bright future.

If Bloody Roar 2 retakes the gameplay of his predecessor, some new features appear as well as some that are now gone. By doing these changes, Bloody Roar 2 established the basics, gameplay-wise, of the rest of the series.

The principal addition from Bloody Roar 2 to the franchise is the Beast Drive, a devastating special attack unique for each fighter. To use it, the fighter as to be in Beast mode. The Beast Drive uses up the entire Beast Gauge and reverts back the fighter into his human form once the move is finished. The Beast Drive is accompanied by remarkable animations as the battle zones change their colors and details and as the fighters use, generally, long and brutal combos.

The defensive system has been upgraded. In addition to the Light Guard, already presents in the first installment, executed when the character is in a neutral state (or crouching for a Light Guard against low attacks), there is now the Heavy Guard. The Heavy Guard can be used by pressing the guard input. Despite, having a longer recovery time than the Light Guard and making the character unable to escape or making him more vulnerable to stun effect, the Heavy Guard will protect the fighter against any attack, including the Guard Break attacks. It's also possible to build up the Beast Meter by using the Beast transformation input when not able to transform.

From the first opus, Bloody Roar 2 removed the Rave system from the first installment and put a different transition between the rounds, now when one of the fighters is defeated, the two opponents are automatically put in the same place as the debut of the first round as opposed to the previous game where the two fighters did not move between rounds. The Guard Escape was also removed in favor of the new defensive system.

Following Kenji Fukuya's desire to place an emphasis on tactics, "where every moment gets your heart racing"[1], Bloody Roar 2 shows a strong departure from the first opus in terms of gameplay and roster, removing a lot of elements but adding a lot more too. Gameplay-wise, Bloody Roar 2 established the basics of the rest of the series but it also the installment with the biggest number of new fighters with seven playable characters not present in the previous game.

The game's the best-selling installment in the series, it has sold 460 000 copies in Europe and North America [9]. His biggest competitor around it release date, SoulCalibur, has sold 340 000 copies in Japan [10].

Doug Perry of IGN said "What the game lacks in history and originality, it makes up for in a deep combo-laden fighting system, exquisite graphics, and layers of gameplay modes that few games offer." [6] Johnny Liu of Game Revolution concluded that "Bloody Roar II is a game that you just don't want to spend that much time with. It's fine for a try or two and nothing more. While good enough, Bloody Roar II isn't anywhere near the best [4]. James Mielke of GameSpot said that "if you never picked up the first game, Bloody Roar 2 is still a good game, with a much better cast than the first one. However, in contrast to the original American version of BR1, Bloody Roar 2 is a marginal improvement that still suffers from second-best status due to the exclusion of integral gameplay elements that should never have been messed with. The game is a major disappointment for such a promising series." [5]

Response to the graphics and design was mostly favorable. Perry noted that the game's high-resolution graphics "sharpen and crystallize the polygonal, textured-mapped characters" and proclaimed that this brought the game "into the top tier of best-looking PlayStation games." He added that the animal designs "are all bizarre, lean toward a Japanese sensibility, and are exquisitely designed, both in their tight programming, and in the level of texture details, shape, and movement." Liu stated that while the game is graphically sharp, "it employs minimal animation outside of the characters." He said that the animal designs "do look pretty good, although the human counterparts could use some work,". Mielke considered the game to be "as gorgeous as the first installment - in fact, it looks almost exactly the same, with beautiful light-sourcing, speedy 60fps action, and all sorts of special effects when switching into beast mode."

The sound and music were met with mixed response. Perry said that the sound effects were "as good if not better than last year's game," but called the music "truly uninspired" and compared it to "a series of generic riffs extracted straight from the bad heavy metal of the dour mid-'80s." Liu was critical of the voice-acting, noting that "most of these guys sound just sound wrong" and that "the announcer is completely devoid of excitement; instead of getting pumped up for an exciting match, I felt more pumped up to go do something else... anything else."

The game's success resulted in its re-release on the PlayStation Network in North America on June 8, 2010. [11] 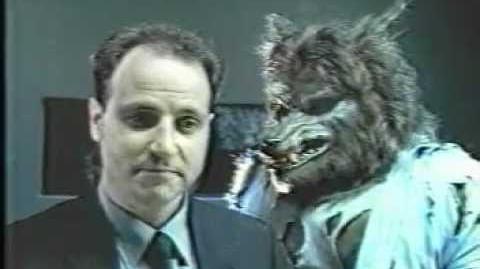 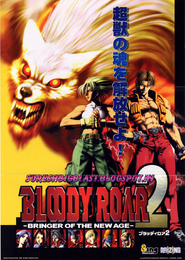 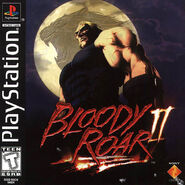 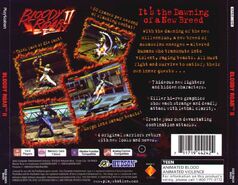 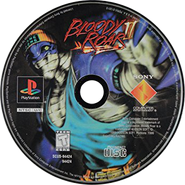 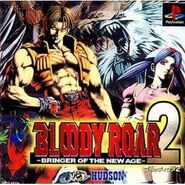 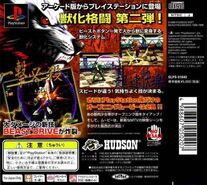 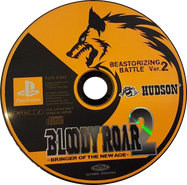 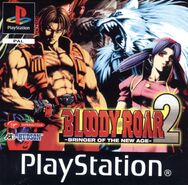 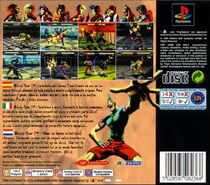 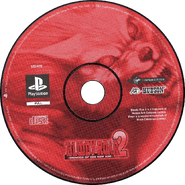 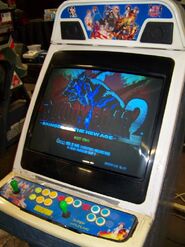