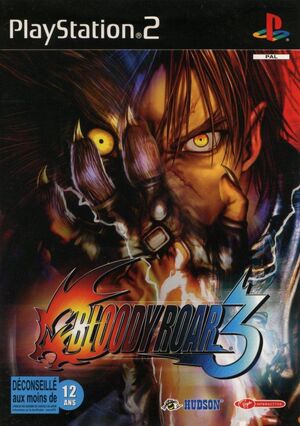 Bloody Roar 3, is a fighting video game developed by Eighting/Hudson Soft in 2000 for Arcades. The game was ported to Playstation 2 in 2001.

"The fighting tradition lives on... but will you?"
— Official tagline

Bloody Roar 3, is a fighting video game developed by Eighting and Hudson Soft in 2000 for Arcades. The game was ported to PlayStation 2 in 2001. It is the third entry in the Bloody Roar series.

The sign of the beast... A symbol shining with an eerie light, it appears without warning, and to those it marks, it brings ultimate power and mysterious death. The sign only appears on the beastmen, humans with the power to assume bestial form, and through them, it sends ripples of terror and unrest throughout the civilized world. When that powerful beastmen, who fought for both their future and that of mankind, found this mark on their bodies, they set out on a quest.

Each with their own dreams and their own ambitions... They sought the one whose will lurks behind the Sign and it is source of power....

Yugo becomes the leader of a Non-Government Organization called the W.O.C. (World of Co-Existence). With the help of Kenji and Alice, Their goal is to build a bright future for both humans and Zoanthropes alike.

Suddenly, a mark known as the XGC (X-Genome Code) appears on the body of various Zoanthrope. Few it's known about the XGC but it seems to put in peril the life of the ones afflicted by it. To stop this calamity, some Zoanthropes chose to start their own investigation determined to uncover the truth and make the mark disappear.

It's revealed that the XGC is a curse that was freed when the Tabula of a Thousand Beasts get activated. The one behind it is Xion, a vile Zoanthrope, who wanted to break the seal of the Tabula to revive the power of The Unborn, a demonic entity, and to exterminate the Zoanthropes. After a fight against Xion, Yugo breaks the Tabula so the XGC marks disappear from the bodies of the Zoanthropes. At the same time, Xion gets the revelation to have been possessed by The Unborn but breaks free from the entity.

Though the tabula was destroyed, some people, like Gado , believes that it may not be over. That there may be more of these things out there waiting to be unearthed.

The game uses a total of six buttons - though the shoulder buttons on the PS2 controller are optional. The button commands are punch, kick, throw, beast form button, and the

button is side-step left and side-step right - the player has the option to double-tap up or down to side-step.

The main feature in the Bloody Roar series, the Beast Form, returns in Bloody Roar 3. A fight in the game starts with both fighters meters filled up and both players have the option to transform into a beast. New to the series, the lower a fighter is on health the faster his Beast gauge will fill up. While in beast form, the player can recover some of the health that was lost over time, execute an Air Cancel, newly introduced into the series, and can perform "Beast Drive".

The guard system get reconstructed with an easier evade (guard escape) system and the more evade-focused side-step mechanics. This new guard mechanics offer more opportunities for a counterattack as it gets easier for the player to identify a situation and make a tactical decision.

The Air Cancel, only available in Beast Form (except for Uranus) allows your fighters, when their opponent is throwing into the air, to interrupt their recovery time by jumping and to directly chain an attack on the airborne opponent.

The Beast Drive is pretty much the Super Combo. When performed, the player can recover all of the health that the player can get back instead of waiting to recover it in a short amount of time, this recovery mechanic was not present in the previous game. In Bloody Roar 3, each character has now two Beast Drive with the one already introduced in Bloody Roar 2 and some selected characters have a third secret one as Shenlong or Shina.

Another feature is "Hyper Beast Form", a faster & stronger version of the Beast Form that can be used for about twelve seconds.

During an interview in the Bloody Roar 3 V-Jump Books [1], Kenji Fukuya said that after putting a lot of emphasis on tactics and excitement, they wanted the third opus to be more accessible by streamlining the more complex systems. The goal was to make the game "easy but not simple", to allow the player to have more opportunities to make tactical decisions.

With the Playstation 2 hardware giving them more opportunities, they wanted to avoid the typical fighting game trend where each game in a series gets more core-focused than the previous. As a fun fact, they were close to getting rid of the guard button despite keeping the input in the final product.

In the first Japanese version of the game, a debug mode that allows you to freely manipulate fighters' models, changing their pose, their expression, and even their proportion was discovered. To access it, the player only had to first enter onto the Options Screen from the main menu, then hold down

This accessibility led to the upload of, sometimes raunchy, pictures of manipulated fighters on various websites. The later version of Bloody Roar 3 fixed it and make it unable to use without hacking.

Outside the more common marketing tools, like poster and magazine articles, various tie-in product of Bloody Roar 3 was sell on the market with the release like: T-shirts, a V-jump Book, cigarette cases, bumbler stickers, USB cards, phone cards,...

Bloody Roar 3 received generally positive reviews from critics. On Metacritic, Bloody Roar 3 holds a rating of 71% [2], based on 20 reviews. Among the Bloody Roar community is mostly considered as the best of the series.

With a grade of 7.9/10, David Smith from IGN [6] precise the few of attention on the Bloody Roar series "Tekken, Soul Calibur, Virtua Fighter and Dead or Alive have captured the lion's share of the attention in the genre since the peak of the Playstation era[...]. Which Bloody Roar never quite was." due to it lack of ambition, terrific action, and the original combo. He concludes with "The offensive system is cool, and the beast meter throws in a curve as always, but the defensive system is just a little behind the curve in comparison to Tekken and DOA."

Pilou, from Jeuxvideo.com, offers a 15/20 [7] for the game, describes it as an excellent continuation for the Bloody Roar series with attractive gameplay, on top direction, and original fights.

In 2020, 20 years after its initial release, Culture Vulture ranked Bloody Roar 3 as the 28th Best Fighting Games of All Time [13] saying that the game "has never been at the pinnacle of the fighting game genre, but it’s always been a popular series within the fighting game community" and "offered an enjoyable spectacle of shape-shifting fighters knocking the snot out of the each other." 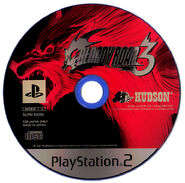 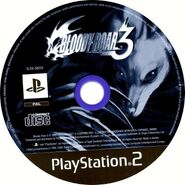 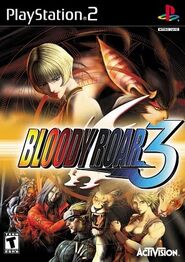 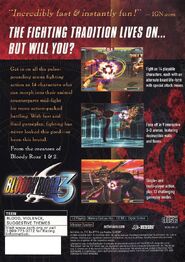 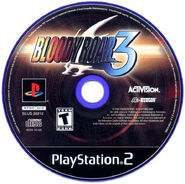 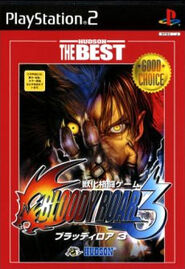