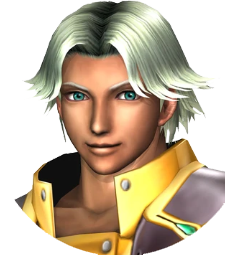 Cronos Orma is a fictional character from the Bloody Roar series. He appears as a main character in the games, Bloody Roar: Primal Fury/Extreme. He is the prince of the Kingdom of Zoanthropes and their best brawler.

Cronos is the only fighter in the series to have two Beast forms: Penguin in normal Beast form and Phoenix in Hyper Beast.

He is the final boss for most of characters in Bloody Roar: Primal Fury/Extreme.

Cronos has several unanswered questions about his father, such as the experiments that his father keeps performing on his people and how his mother died. He feels that joining the tournament will answer these questions. Cronos comes to learn the truth about the experiments going on behind the scenes. At first, he is horrified and try to stop them with his suicide, but his father is able to convince Cronos that they are for the good of his people. 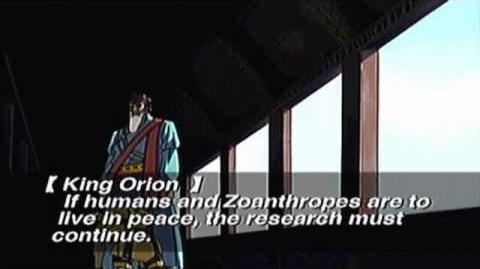 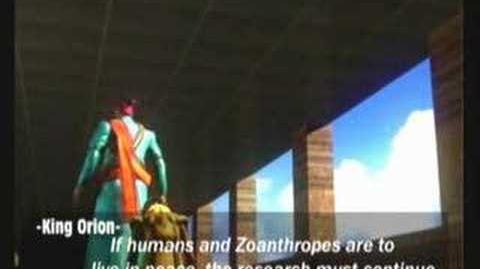 Cronos is a kind young man, dedicated to bringing peace and prosperity to his people. Though he is rather naïve and often finds himself manipulated by his father appearing at times as an antagonist or villain, but only does so out of love and protection of his father. Because of his upbringing, he always acts professionally and maintains well-bred social behaviors. He has respect for the abilities of his opponents, albeit not always agreeing with their methods, and maintains a sense of honor and a code of ethics when battling them. He values friendship greatly, holding both individuals and their loyalty to him, close to his heart.

With softer features and a size of 5"7, Cronos has the appearance of a slender young man. He has brown skin, short silvery-white wavy hair, and round turquoise eyes emphasizing uncertain or dubious origins. His attire consists of a gold and black vest and pants with armored elements like at the shoulders or the knees, giving his outfit a futuristic feel. He has white and green boots with what seem to be black swords attached on both sides.

His beast form is based on a Rockhopper Penguin. Transitions later to his hyper beast form, based on the phoenix.

Ganesha assisted in the destruction of his village and gave the blame to, his prince, Cronos, already his rival since Cronos is considered the best fighter of the kingdom and the ultimate opponent for any fighter who wants to really succeed. It's not clear why Ganesha accused Cronos of the attack on his village and why he became subsequently his bodyguard but Ganesha has a plan and wants him to pay for his fault. In the end, it's Cronos who defeated Ganesha after the latter revealed his true self.

Cronos is a strong rushdown character, though has the issue of a weak beast transform. As a penguin, he loses reach, speed and strength though do have the small advantage of being able to dodge some moves because of his stature. His more powerful phoenix form can be used to devastating effect, though this form can only last for less than fifteen seconds before the transformation breaks. In human form, Cronos has less stamina/defense and attack damage than normal which is somewhat offset by his quick speed and tricky mixups.

It is performed from a 360° rotation followed by Beast.