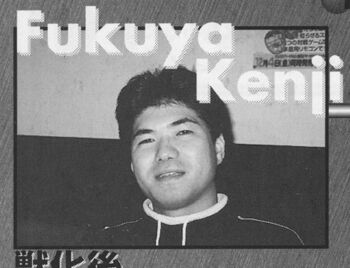 Kenji Fukuya (深谷賢治), born in 1973 in Hokkaido (Japan), is the Production and Design Director at Hudson Soft of all the Bloody Roar instalments since Beastorizer on Arcade.

Despite some Special Thanks attributed to him in some other video games credits during the mid-90's, Kenji Fukuya seems to have worked exclusively for the Bloody Roar franchise.

Since Bloody Roar 4, in 2003, his name did not appear in any game credit[1] suggesting that he left the videogame industry after the Hudson Soft shutdown.