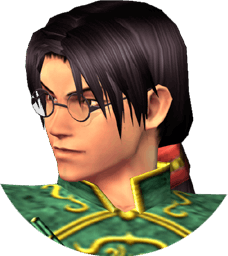 Long Shin is a fictional character from the Bloody Roar series. His beast form is the tiger. He appeared in the first installment of the series, Bloody Roar.

Long Shin is a fictional character from the Bloody Roar series. His beast form is the tiger.

He appeared in the first installment of the series, Bloody Roar.

Torn by the death of his mother and younger sister and neglected by his father, Long ran away from home. His great skills in the martial arts and powers as a zoanthrope brought him recognition, and he was enlisted by an underworld assassination unit. His ability to kill in an instant using no weapons earned him the reputation of a top assassin. However, one day he suddenly cut his ties to the Organization and set himself on the wanderer's way. Though the Organization tried to coerce and threaten him to return, he flatly refused. For this reason, they seek his death as a traitor. He now acts to repent for his past, participating in the fight against Tylon, a company he at one time served. [...]Long covers his ears, he doesn't want to listen to the voice of the beast within him. Their existence is bound together, that he can't ignore what he is. Determined to fight back against his own blood, vows that he will spend the rest of his life in a cave, where nobody will have to fear his existence.

Five years ago, Long cut himself off from the world so that nobody would have to live in fear of his power. He secluded himself in a cave up high up in the mountains. This was his compensation for his participation in Tylon's evil schemes. This, and the hatred for his Zoanthrope blood drove him to a hermit's life. Though, one day, a girl came to the cave where he dwelled, begging him to train her in the martial arts so she can have the strength to rescue her mother. Her words stir a part of him - he starts to see himself in her, someone cursed with the fate of being a Zoanthrope but with the strong will to fight back. He agrees to train the girl, Uriko, preparing for what awaits them... [...]Upon defeating Gado, Long informs him that he doesn't like being told what to do with his life. Gado tells him that living a life amongst people is the way to atone for his past. Long does plan to live again amongst the people, but will not use his powers again because of the pain it has caused in his past. Gado thought he wanted to help lead Zoanthropes on the right path, though Long informs him that even though he's stopped running away from himself, he is not the right person to have people entangling with in his life. He decides from then on, to live as a human, apologizing later to Uriko that he can't be the teacher she wanted but the experience of the teacher/student was not a bad one for him. He just wants to disappear amongst a crowd and live his life peacefully.

Long, still dwelling on his dark past and Zoanthrope blood, lives the life of a vagrant. Though he finds some release from his anguish when he takes up residence in a small town in the home of an old martial arts master and his daughter, Lanfa. Though the fear of the 'XGC' mark leaves him restless. One day, Lanfa collapses. The XGC now marks her body. If no treatment is done, then the old man's only family will be lost. Long thinks sadly back to his lost younger sister, Lin Li, who perished because of the insatiable beast power. He wonders if it is possible for he himself to stop the evil power behind the XGC. He vows to be confident and sets out on his search, with Lanfa's warm smile in the back of his mind, coupled with that of his sister's. [...]The evil force behind Xion's control turns out to be the spirit of Xion's own dead sister, who is looking to find great power through beast energy and the tabula. To stop her, Long absorbs her evil spirit within himself, protecting Xion and anyone else from her control. With the incident resolved, Long returns to his master, who reveals that Lanfa is recovered now. Long now contains the evil aura of Xion's sister within him, though manages to suppress the evil with his strong will.

Large tanks, each built to sustain one person, are lined up in a row. The place is a well-equipped research institute, though itself is a unique facility with its stone walls and floors. Long is standing in the midst of this room as a voice calls out to him, telling him that everything is under control. He responds by saying that finally their dream will come true. The other man calmly points out that the United Nations were taking action at their next convention. Long informs him they have a ploy: that they'll invite several strong Zoanthropes to fight against the people of the United Nations to cause havoc. They will defend the place and take advantage of the confusion and if the worst happens, they can divert the attention to the King's research. The other man asks if this scheme will be executed without others knowing and if he consents to this. Long says nothing, and the man proceeds to asks if he loaths what he's going to do. With composure, though clearly denying, he tells him that he doesn't and that he's made up his mind; he'll do what he must as long as it goes by his beliefs. [...]Through a darkened stone passage, Long appears, carrying in his arms an unconscious Cronos. As he walks along, he has flashbacks to scenes of his past: an image of himself overcome by the beast's aggression, another of his master's daughter, Lanfa, ill in bed, another of his master reaching out for him, another of Uriko as a young child, another of him either facing an image of himself or his first encounter with ShenLong during the ZLF incident, and a final image of Xion on his knees holding his head. He closes his eyes thoughtfully. The scene changes to a view of Cronos floating naked inside a giant tank. A researcher works on him around Long as he stares on at the boy before him.

Long searched through his own archive, gathering information on the incidents of Beast violence occurring. As night fell, he heard an animal's call from outside his house. When he went to the door, he found a small white fox huddled up shivering in the entranceway. He felt pity for the little creature and gave it some food. As he watched the fox eat, he noticed there was a piece of paper wrapped around its foot. Taking the paper, he unwraps it and finds that it is a map to a temple. He tells the little fox that he will see that it gets back there. So he sets out from his home with the fox, though unknown to them they are followed by a violence-influenced beastman. [...]Mana tells him that the resealing is complete. Long sees now that she is the one who controls the dragon, and admits that it has been a long time since he's been that scared. She tells him she didn't know what would happen if he hadn't been there. Behind them, Ryoho groans loudly as he begins to stir. Mana shows some concern, though Long tells her that he'll be fine. He then says he'll be leaving and that if the seal looks like it will break again, then she should call him. Showing obvious concern for the energy he just spent helping her seal the dragon, she tells him he should rest first. He pauses to consider how unimaginable the power was, and that he has concern for the other Zoanthropes and dragons. She understands, and thanks him for everything he did. She waves him off as he departs the scene. 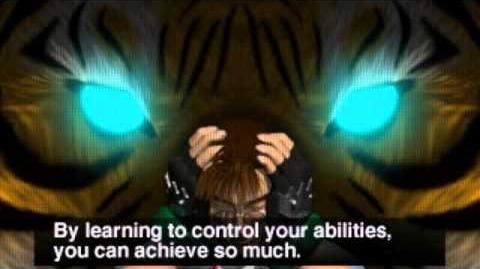 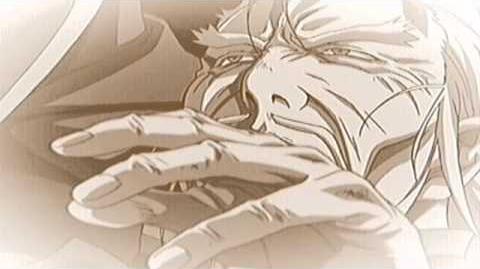 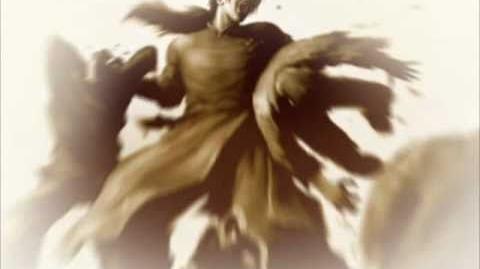 Long is a man of intelligence. Good willed and well-spoken, he seeks whole-heartedly to repent for his past evils. He has shed the darker, cruel part of himself and is now just an honest man who only seeks out the truth. He understands the two sides of the human and Zoanthrope argument with his own dislike for the blood that runs through his body. He concerns himself over other people's welfare and respects those around him.

His beast form is similar to a Siberian Tiger.

During the ZLF incident, Long sought out ShenLong to put an end to his tyranny.  After ShenLong's defeat at the hands of Long, he finally comes to terms with being a clone; Long and ShenLong thus become rivals.

Long likely met Uriko during the Tylon incident, but canon encounters started when Uriko sought out Long to teach her how to fight (under orders from Jenny).  Now that Uriko saved her mother, Long took his leave of her without her noticing (though it could be some time later that she has taken notice). Long swore to himself to remember her as he resigned himself to life in the city.

Long formerly worked for them until the realization of his sin set in, and finally renounced them.

Lin li was Long's sister but was killed by the "unbridled power of the beast". Long often recalls her, during the Tabula incident he swears to save a girl, Lanfa, who reminds him her sister.

An old man that Long meet in a town during his travel, he became his trainer in martial art. On day, the master's daughter, Lanfa, falls ill due to the Tabula curse. Long sees her as his younger sister, Lin Li and leave the town for save her.

For this Beast Drive to work, Long must be very close to his opponent. Otherwise, the beginning stomp will only do minor damage.