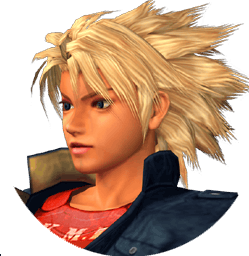 Shina, Marvel in the Japanese version of the games, is a fictional character from the Bloody Roar series. Her beast form is the leopard. She first appeared in the second installment of the series, Bloody Roar 2.

"Your skills are pathetic."
— Shina in Bloody Roar 2

Shina, known as Marvel (マーベル) in the Japanese version of the games, is a fictional character from the Bloody Roar series. Her beast form is the leopard and she is currently a mercenary following the path of her adopted father, Gado.

She first appeared in the second installment of the series, Bloody Roar 2.

Shina was an orphan of war. She was adopted as the daughter of the war veteran, Gado. One day where Gado was in a church, a very young Shina jumped on him giving him a hug. She was, at the time, raised by the priest and the nuns but she was a difficult and stubborn child, eating with her hands or riding dogs like horses. Shina, despite usually showing little affection would not let Gado go and eventually dozed off into a deep sleep. The priest and Gado thought it was for the benefit of the child to live with Gado, as he was himself getting attached to her. Since then she was raised by him.

Influenced by her foster father's status as a legendary mercenary, she began to demonstrate great capability for battle during her childhood. When she was 13 years old, she single-handedly obliterated a platoon, earning the nickname 'Fighting Marvel'. Her father, however, didn't want his daughter to follow in his footsteps and tried to talk her into leading an ordinary life. Shina wouldn't listen and as soon as she graduated high school, she became a mercenary. One day, her father disappears without a word. There are rumors that he is the organizer behind the ZLF, (Zoanthrope Liberation Front) a group that thrives on vicious terrorism. Shina doesn't want to believe that her father is behind it. She will only make her judgment if she sees it with her own eyes. With that in mind, she follows her father's trail to find out what his real intentions are. When she finally finds him, Shina gives her father a stern lecture for causing so many problems, but the two of them discover that they have the same enemy, the ZLF. Gado, proud of his daughter, suggests that they should start fighting together. And the two charge off into the wake of battle.

Shina has made a name for herself as a heroic mercenary outside of the shadow of her father's legendary status. Because of her skills, she is requested by a powerful group to participate in the 'Klaw and Fang' coalition to find out the source of the damaging XGC beast mark. Being marked herself, she doesn't hesitate to pursue the truth. Contacted by her supervisors who are hovering in a helicopter above, they are instructing her to obtain the tabula for their possession. Shina disagrees with the idea of them having control of such a dangerous object and disobeys her orders. They threaten her with court-martial but she isn't afraid of their threats. She tears off her dog tags and walks away, retiring to a quieter life. At the very end, she is seen walking on the beach with her boyfriend, though his identity has not been confirmed.

After her last operation, disillusioned, Shina quits her job as a mercenary. Sometime later, while leading a quiet life, Shina is surprised when Yugo pays her a visit. He is filthy and tired. It took him three days to get to her house because the road was littered with landmines. She sends him to shower as she makes them tea. After, she questions why he is there, as it appeared he hadn't sought her out for tea and a chat. He brings up an incident of the past, the time when Shina was orphaned when her village burnt down. These memories are nightmares she has been trying to overcome with her time on the battlefield. Yugo tells her he met someone who was in similar circumstances, and that a friend of his burnt to death in the fire sixteen years prior. Her name was 'Jane'. Shina is shocked, inquiring his name. His name is Cronos. Yugo says she should go and find out everything else for herself. Determined to reunite with her long-lost friend, Shina heads for the Zoanthrope Kingdom. During the tournament, Shina and Cronos celebrate together with a crowd of people in one of the city's bars. The crowd cheer for her, celebrating her victory with drink and laughter. Both Shina and Cronos are affectionately nudged in acknowledgment of a good fight. In the early evening, Shina leaves, carrying her bag over her shoulder. She turns back towards the bar for a moment thoughtfully before turning away. Though she stops in mid-step, noticing Cronos standing a few feet ahead of her. He approaches, complimenting her strength, and offers for her to join them in uncovering the Zoanthrope mystery. Shina is flattered but apologizes, saying it is her time to move. She passes Cronos by, who is surprised by her answer though respects her decision. He turns to watch his old friend walk away.

Beast violence is now global. Shina is given orders from the headquarters of a certain country, telling her to go to Japan and search for a missing group of investigators who have disappeared around the region of a temple. The headquarters are provoked, and will use their special forces if necessary in a worst case scenario. Shina remembers what happened during the XGC incident a year before. She puts those feelings aside, knowing it's not like her to rest for long. Her path conducts her to meet a young girl, Mana, and her protector, Ryoho, in a mysterious temple. The girl reseals the dragon as Shina exclaims her surprise of seeing this mythical creature, and asks what they were planning there. Mana, taken back, cries out in disbelief that Shina could think that they had planned the situation. She then apologizes and explains to Shina that Ryoho is a dragon vessel and his power is so immense and dangerous that it is sealed away. But the seal unfortunately came loose. Shina understands that the dragon's power was the reason the investigative team she is looking for lost consciousness. Mana apologizes for getting her involved in such a dangerous event. Shina is just glad they aren't the bad guys. She suddenly remembers she needs to get in contact with her superiors soon or the place is going to be bombed. Mana squeaks with horror. Shina doesn't think she could possibly tell them that a dragon resides there. Mana thanks her for the secrecy. 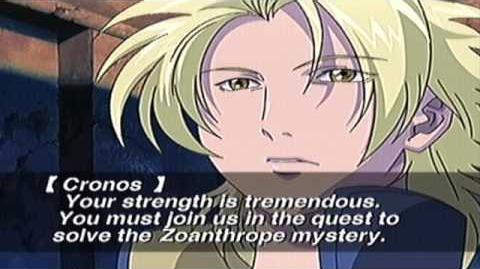 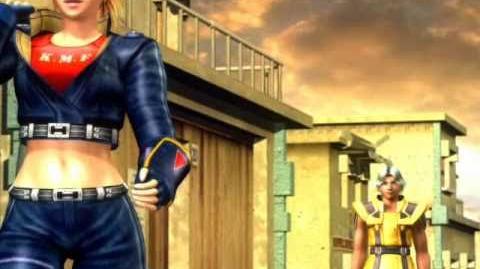 Shina acts like a tomboy, though progressively through the series more feminine qualities begin to appear in her personality. She can be aggressive at times and incredibly stubborn, always wanting to be in on the action and diving into danger while ignoring the warnings of others. Her attitude is generally straightforward and she doesn't let anyone talk her down. Underneath the tough exterior is a soft young woman, though she doesn't always like to show that part of herself.

Shina is a young Caucasian woman of above-average height (167 cm) with a skin tone that ranges from peach to tan depending on the game, blonde hair, and blue eyes. Her hair is styled somewhat messily and is spiked backwards. In the front, she has bangs that part near the center of her hairline. Her body is toned as well, as seen by her biceps and, in later renditions, her abdomen.

Reflecting her tomboy personality, she has a masculine, somewhat military, wardrobe despite sometimes wearing revealing clothes.

In her beast form, the Leopard, she often has a deep gold fur with a black rosettes pattern. She gains three centimeters and two kg. Her outfits are generally safe despites the pants being ripped due to the claws and the tail. Her beast form has a lot of similitudes with the Arabian Leopard, a leopard subspecies.

Shina was adopted by Gado when she was an orphan of war. Despite being a turbulent child in her orphanage, she showed affection to Gado at their first encounter which bring Gado's decision to become his tutor. Despite Gado wanting a quiet life for her, Shina rapidly took the example of her adoptive father's mercenary life and started to train herself until she become a courageous and legendary mercenary as well. There's a real father-daughter relation between Gado and Shina even if both of them are not blood-related. However, when Shina became an adult, Gado left her without explications. She started to accuse him to participate in shady operations for the ZLF. When they finally met, the reunion started with a violent fight but Gado succeeded to prove that he was, in fact, on a mission against the ZLF. Since then, Shina and Gado share an emotional coldness despite caring deeply for each other.

Shina is a well rounded character with very high damage potential, she has a good mix of range and speed allowing her to be played either aggressively or defensively, She has many attacks that can lead into huge damage combos and can quickly turn the tide of the fight. While in Beast mode she gains, the counterattack Beast Drive, Mad Trap making it very hard for her opponent to be reckless or overly aggressive against her.

In Bloody Roar: Extreme, she can use the Air Cancel in her Human Form after her

making her the only fighter to be able to use Air Cancel in her Human Form with Uranus.

As a Hyperbeast, in Bloody Roar: Primal Fury and beyond, Shina gains Any Cancel B and Counter Hit Effect as her two Abilities Plus. Respectively, the ability to cancel any of her attacks and the ability to have all attacks are treated as Counter Hits.