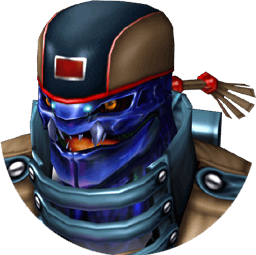 Stun is a fictional character from the Bloody Roar series. His beast form in the Insect, more precisely a beetle. He first appears in Bloody Roar 2.

Stun is a fictional character from the Bloody Roar series. His beast form in the Insect, more precisely a beetle.

He first appears in Bloody Roar 2.

Steven Goldberg was a young, zealous scientist working for the multinational group, Tylon. He believed his research would contribute to saving people's lives. In the same year that he joined the company, another young scientist by the name of Busuzima entered work there and the two would become good friends, and also, good rivals. Though, when Steven discovered the evils behind the company, he became a part of one of Busuzima's experiments and converted him into a man-made Zoanthrope. Because of how unstable the experiment had made his genetic structure (mostly because insect and mammalian DNA are incompatible), he could only survive on a special stabilizer developed to retain his body. Feeling betrayed, Steven (now going by the name 'Stun') plunges into despair over losing his human form. Slowly, his mind and body decayed though his heart yearned for revenge...

[...]Stun escaped the burning ZLF labs vowing to himself that, even with his hideous body, he will take a stand and not just sit back waiting to die. Months later... In a back alley, a group of robbers wearing animal masks hideout, having used fear created by the ZLF to easily steal from fearful business owners. As the criminals laugh over their crimes, Stun appears from the shadows, startling the group. They are unable to fight back against him as he savages the criminals, drinking their blood. Concealed by a red cape, he overlooks the city after finishing with his prey. He will live his life now as a 'vampire' to retain his decaying body, though he will only take blood from the 'dirty' criminal populace, Zoanthrope and human alike.

A year ago, Stun fought against Busuzima after turning him into an artificial Zoanthrope in a cruel experiment. However, when he faced Busuzima, he was unable to kill him because he remembered their lost friendship. His revenge had been quelled by his still rational heart. After the ZLF fell, Stun disappeared into the shadows, forced to drink the blood to stabilize his decaying body. He lives now out of sight - a solitary figure hiding his deformed form from the world. Eventually, the mysterious 'XGC' mark befell him and the power that came with it began overloading his unstable body. The violent energy raged within him, often surfacing in sharp pains that would sometimes make him uncontrollable or unconscious. He knew he'd become a monster if he didn't act soon. Jenny, an old friend, appeared before the agonized Stun and whispered to him that his pain was caused by the power of other dominant Zoanthropes with the 'XGC' mark, and unless they were beaten, he'd completely lose all reason - and he should not hesitate if he wanted to retain his pride as a man. Following its own torment, he found its source, the Tabula. Stun prepares to destroy it when its powers overwhelm him. The Tabula speaks to him (Actually the entity called the Unborn) and tells Stun how twisted and alike each other are. Unable to resist, his body becomes infused with the evil energy and he becomes a monster, prepared to bring darkness over the world.

Stun awakens to the sounds of voices, confused by his surroundings. His memories are badly distorted - a complete blur. As he considers where he is, he takes notice of what the voices are saying. The unknown people recognize he is awake, and that his lost cells have successfully been restored, though they don't believe any of his memories were saved. 70% of his body cells, including brain cells, were already damaged before he was captured. Now though they observe that this body is stable, unlike his former body. Though they take note of tissues within his brain that couldn't be eliminated - tissues referred to as the 'black box'. It worked like a flight data recorder. They'd wanted to remove them to eliminate memory recall but were unable to. The scientists are a part of a project to mass-produce Zoanthropes, and agree Stun will be a good candidate for data collection. He laughs at them. They become very uneasy.

[...]King Orion calls his armed guards onto Stun, ordering them to fire. He is caught in a barrage of bullets, which bounce off him with little effect. When the dust settles, Stun emerges before the shocked group in his beast form. They fire again, but this time he swats them away easily. The fearful group are overcome by his power and within moments the room is scattered with bodies. Orion is left alone, loomed over by a very angry Stun.

A year after the XGC incident, Stun lives out his days struggling with great pain in his body. Losing patience, he wonders how long he could live with his enhanced body this way. If he was to have a long life, he needed a way to try and preserve himself. He received information of a Shinto oracle who could seal the power of the beast. Uneasily, Stun decided to seek out the oracle, knowing that there wasn't much time left. It was a single ray of hope that he prayed would end his suffering.

[...]Mana stands over Ryoho, hoping the resealing is complete. Stun observes from behind, taken back by the fact that the fallen monk was a dragon. Bitterly, he is thankful that his deformed body had saved him once again. Mana turns her attention to Stun, remembering that he had come there to be healed by her powers, though this isn't exactly possible. Ryoho is not like other Zoanthropes, as the power within Ryoho is not his own, but a separate existence. Her power is specifically for sealing the dragon, so her abilities would not work on Stun. Dejected, Stun is resigned to continuing his life in his mutated body. Mana appears guilty, apologizing, though he says it was him that was wrong. He sees that his power wasn't good enough for them and he felt that he was a burden. Smiling, Mana tells him that he is kinder than he looks. Just then, Ryoho begins to stir with a groan. Mana turns her attention to her friend, while Stun chooses that moment to leave the temple. 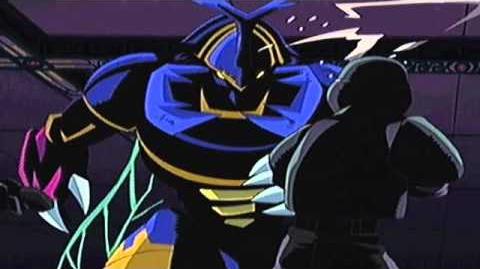 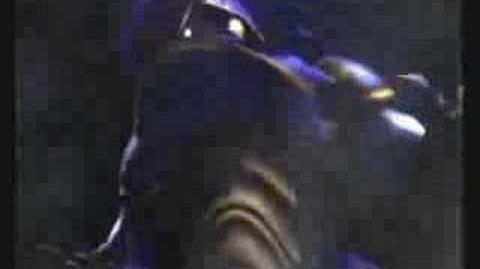 Stun is a subdued character, suffering in solitude. Once a zealous career man, he is now reduced to a resentful creature that is forced to live in the misery of his condition. Underneath, he has a good kind heart - that has always been his true nature, even though it is masked by anger and uncertainty.

Back when he was Steven Goldberg, he was human. But now mutated into a blue insect-like humanoid due to Busuzima's experiments.

His beast form has a lot of similitudes with the Japanese Rhinoceros Beetle.

Busuzima and Steven Goldberg were employed by the Tylon corporation where the two had a friendly rivalry. Eventually, Goldberg became uncomfortable with the experimentation going on, enraging Busuzima, who felt his plans were being interfered with. Busuzima used Goldberg as a test subject for creating an insect Zoanthrope, believing that Goldberg would understand things better if he became a Zoanthrope himself. Unfortunately, the experiment was a failure, leaving Goldberg (now called Stun) in an unstable state. Goldberg, now called Stun, slowly lost his mind and soon the only thing left of his old self was a violent desire to revenge himself from Busuzima.

At the same time, the research conducted by Busuzima, forces him to admit that he needed the help from Goldberg, the latter being an expert in areas where Busuzima was failing, but what remained of the brilliant scientist was, as Busuzima said, just "all brawn and no brains".

Stun is a heavyweight character with an emphasis on grabs that allow him to set up combos. He moves rather slowly, but makes up for it with great damage output. Stun is also the few characters whose jumping abilities decrease, for he not only cannot jump very high, but he is unable to do a Wall Jump like the rest of the characters. To make up for this Stun now has the ability to Hover, which not only allows him to jump higher, but gives him the ability to Wall Jump. Stun can also float while he does an air attack, giving him some unique hangtime when jumping in or performing an Air Combo.